Yeats and His Time: A Talk by Daniel Mulhall 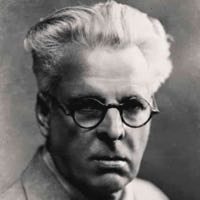 Yeats and His Time: A Talk by Daniel Mulhall, Ambassador of Ireland to the United States

W.B. Yeats lived through some of the most consequential years in modern Irish history. Born just two years before the failed Fenian Rising of 1867, by the time he died on the eve of World War II, Ireland had become an independent republic in all but name. Yeats was no disinterested spectator of the Ireland of his time. He took an active interest in the events taking place around him and wrote powerfully about Ireland in poems stretching over the decades from ‘To Ireland in the Coming Times’ in the 1890s to ‘Under Ben Bulben’ in the last months of his life.

This talk by Daniel Mulhall, Ambassador of Ireland to the United States, will explore the interaction between Yeats, his poetry and the set of developments that transformed Ireland in the first quarter of the 20th century. It will seek to assess Yeats’s historical significance and the extent to which its Irish backdrop enhanced the power and impact of his poetry.