Tommy and The Brothers 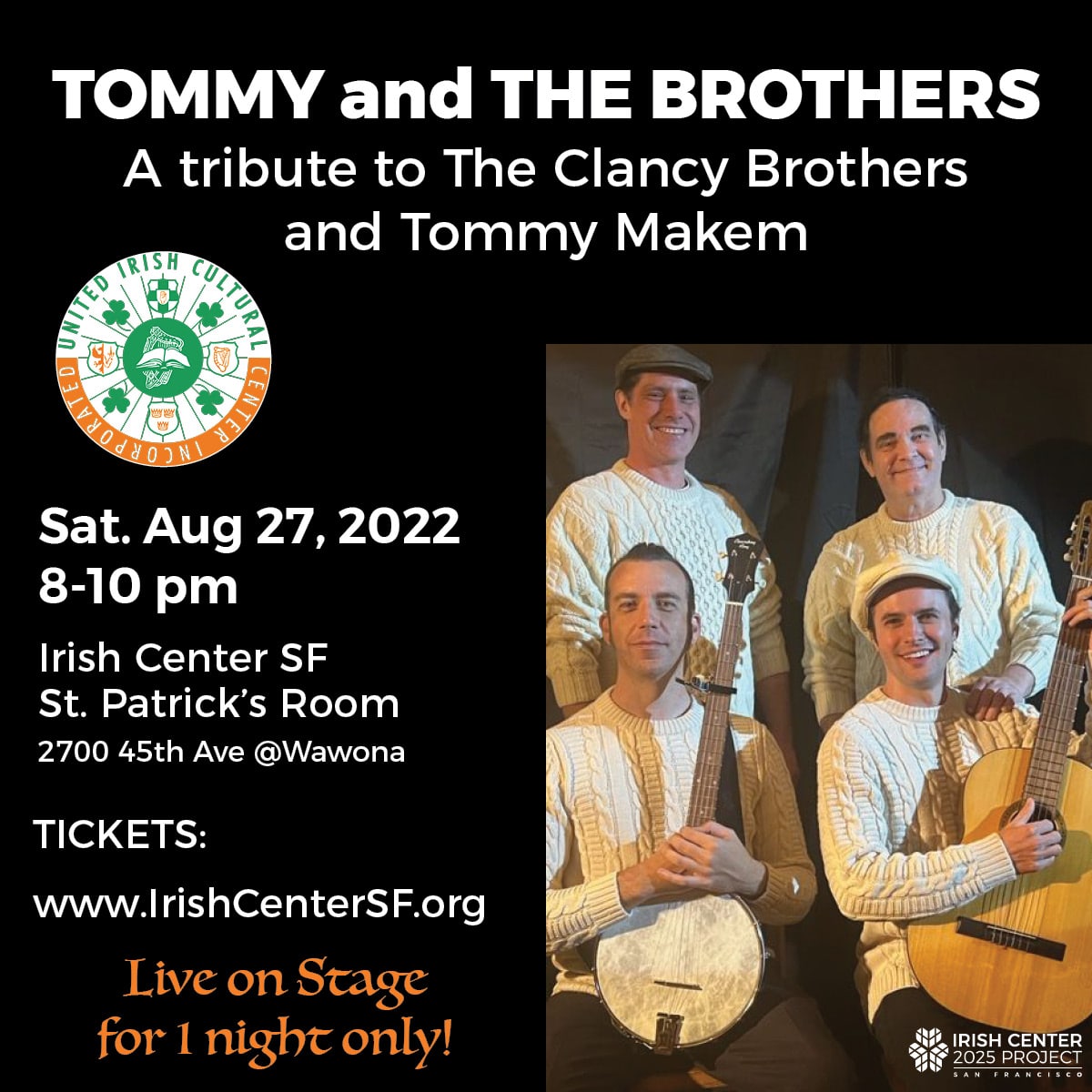 Join us for a musical treat like no other—a tribute to The Clancy Brothers and Tommy Makem—brought to you live from the stage in the St. Patrick’s Room! “Tommy and the Brothers” delights audiences with the stories, the lives, the history, but most of all the music and songs of one of Ireland’s greatest national treasures. The show pays homage to the greats who brought the music and traditions of Ireland into the concert halls and living rooms of millions of Irish, Irish Americans, and the international diaspora of Ireland and, no doubt, contributed greatly to the fledgling tourist industry in Ireland.

Gather your friends for a night of nostalgia and relive The Clancy Brothers and Tommy Makem’s rise to worldwide fame in Greenwich Village at the beginning of the 60’s American Folk Revival. Friends with Bob Dylan, Josh White, Pete Seeger, and Odetta, they changed Irish folk music forever. Savor their story and a sampling of their biggest hits to sing along with. All music presented live with acoustic instruments. A wonderful show for all ages.