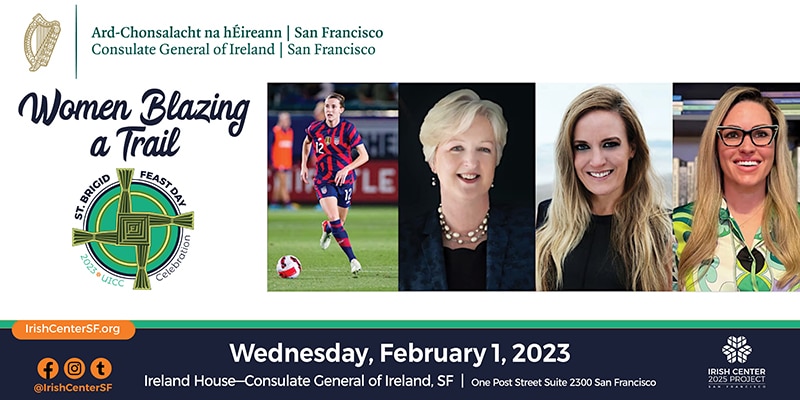 You are invited to attend an evening event hosted by the Consulate General of Ireland at Ireland House (One Post Street) in celebration of St. Brigid’s Feast Day. The event will feature a discussion with Irish-American women who have achieved significant success in their careers and worked towards improving working conditions for women in their fields. The discussion will be followed by a networking reception.

Moderator:
Jennifer Kenny, author of “The Innovation Mindset” is an innovation and thought leader who shapes leadership and develops game-changing strategies that allow teams and organizations to transform and achieve innovation capacity.