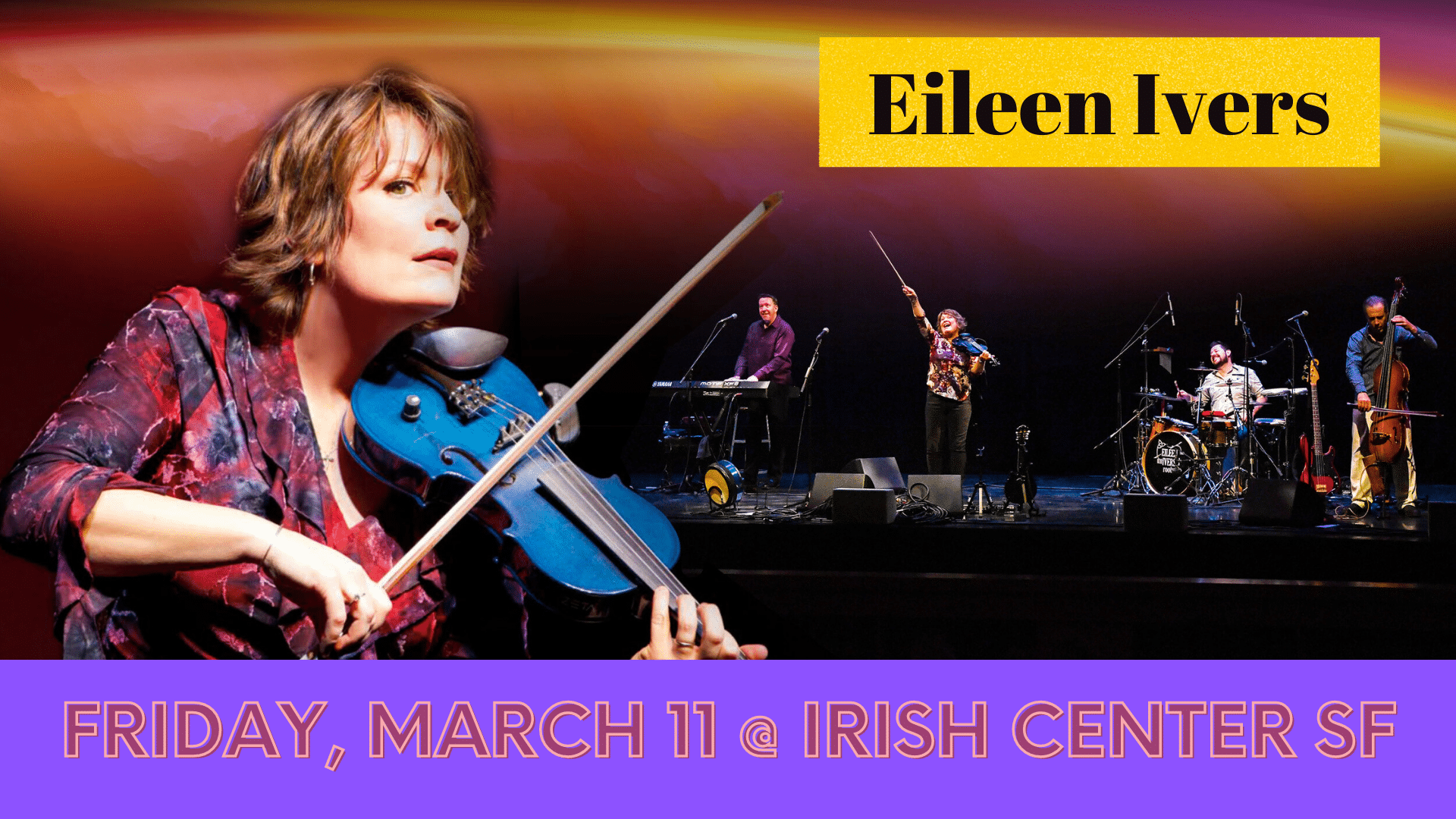 Eileen Ivers will change the way you think about the violin!

We are happy to announce Eileen Ivers will appear on Friday, March 11, 2022 at the Irish Center in SF.

“Eileen Ivers will change the way you think about the violin”

Fiddler Eileen Ivers has established herself as the pre-eminent exponent of the Irish fiddle in the world today.

The Washington Post states, “She suggests the future of the Celtic fiddle.”

She’s been called a “sensation” by Billboard magazine and “the Jimi Hendrix of the violin,” by The New York Times.

“She electrifies the crowd with a dazzling show of virtuoso playing” says The Irish Times.

This is a partial list of accomplishments, headliners, tours, and affiliations:

It is a rare and select grade of spectacular artists whose work is so boldly imaginative and clearly virtuosic that it alters the medium.

It has been said that the task of respectfully exploring the traditions and progression of the Celtic fiddle is quite literally on Eileen Ivers’ shoulders.