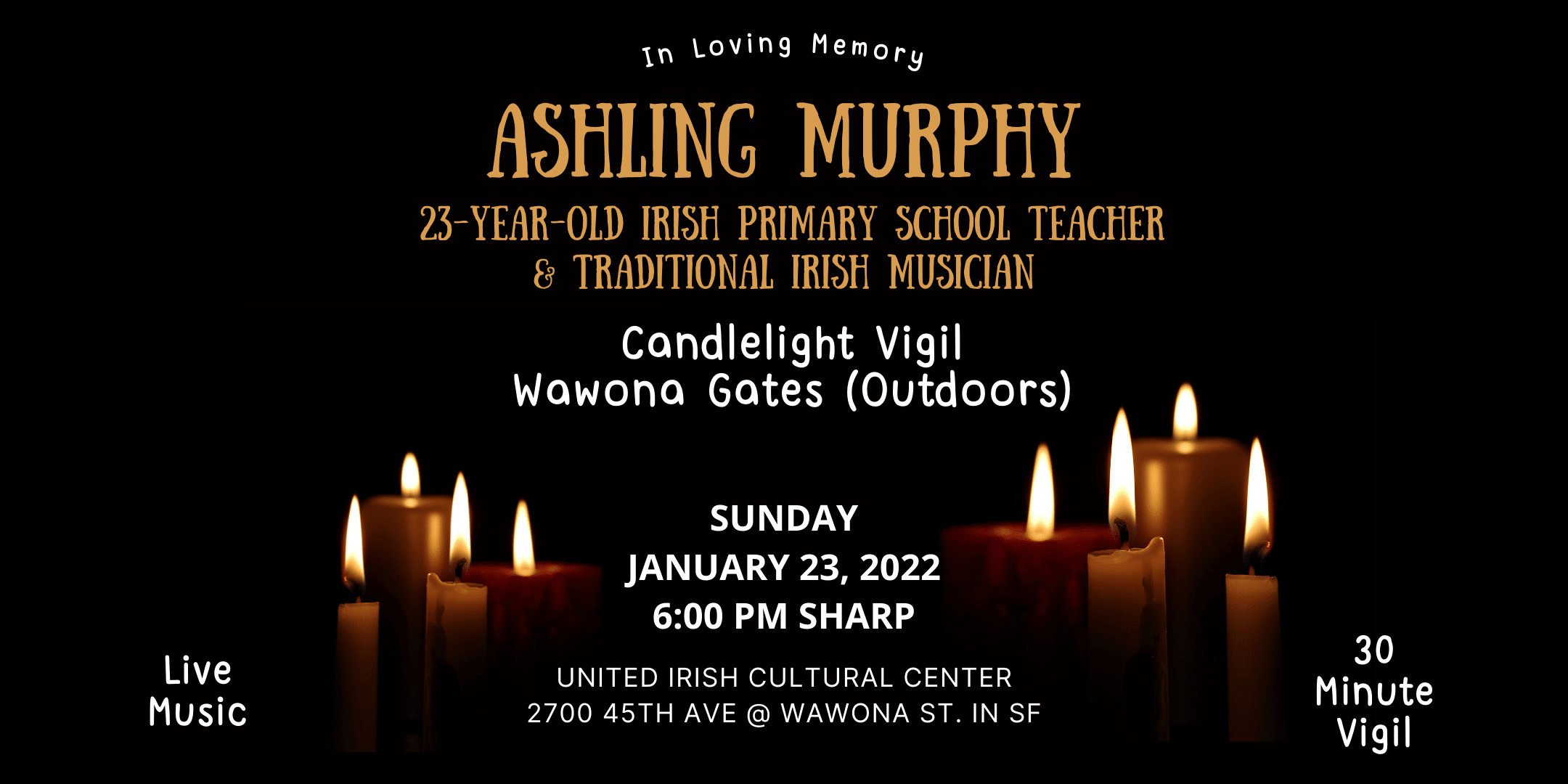 Join us at #WawonaGates to memorialize Ashling Murphy from Ireland at Irish Center SF. The event will take place outdoors at 6 PM on January 23 for 30 minutes, and the Irish Center will hand-out candles.
This candlelight vigil is for Ashling Murphy, who was a 23-year-old Irish primary school teacher and traditional Irish musician. She was found dead in Cappincur, near Tullamore, County Offaly, on the bank of the Grand Canal on January 12, 2022.
This is a short service beginning at 6:00 PM sharp, and will feature a few words and some live Irish music. The service was the idea of Sarah Lawlor, a local, young SF resident.
May Ashling rest in peace.
United Irish Cultural Center
2700 45th Ave @ Wawona St. in San Francisco