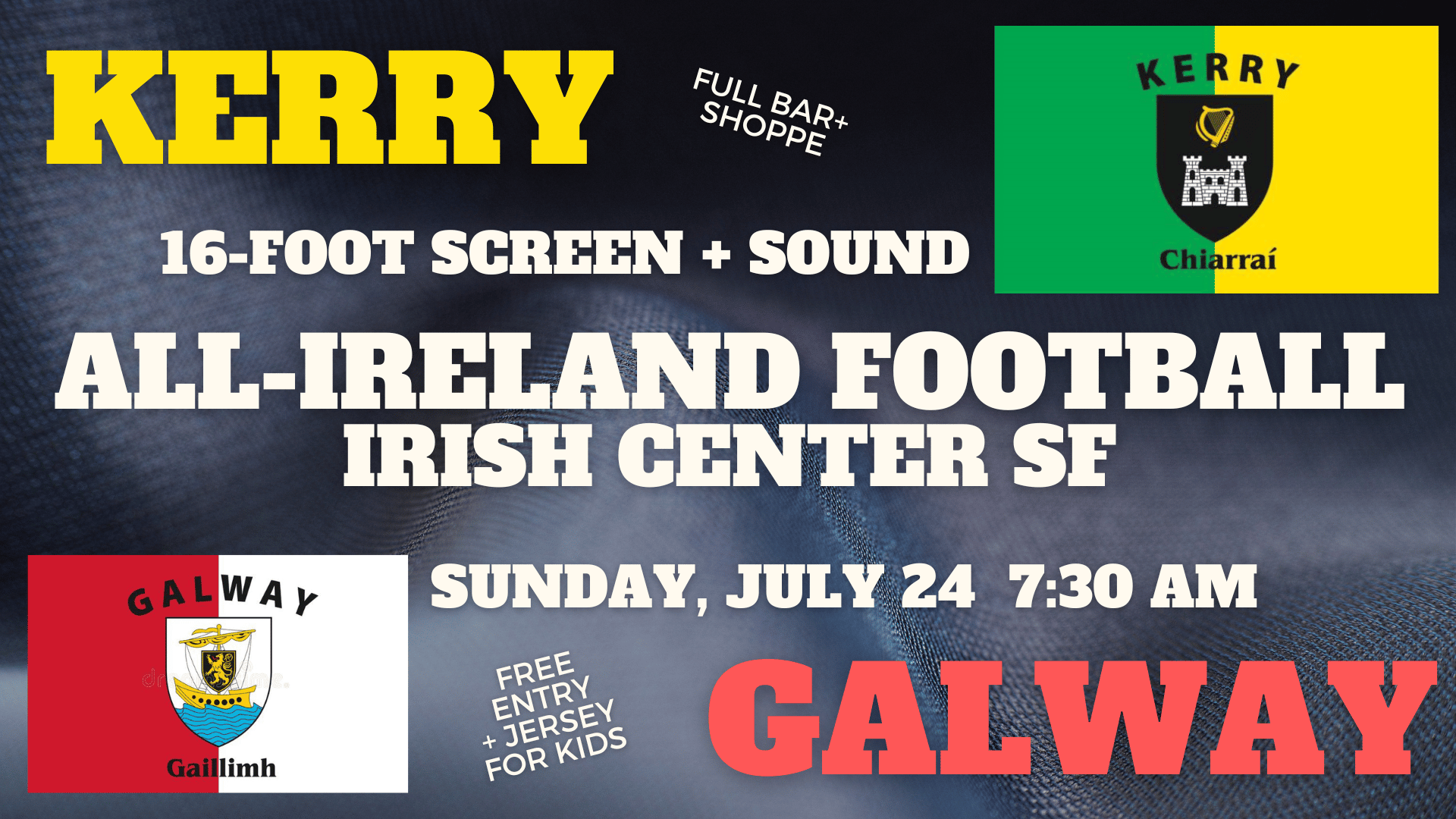 Join us early for a grand “atmosphere” to watch the game LIVE! This year is is Kerry vs. Galway!

The Irish Center SF has over a 45 year history showing this game on a big screen. We have a 16-foot screen, amplified sound, and a full bar during the game, which starts at 7:30 AM US PST. Doors open at 7 AM.

Kids under 18 get FREE admission and a free GAA jersey, compliments of San Francisco Youth GAA!

We will have complimentary coffee, tea, and Irish Bread at the game. The Bar and Irish Center Shoppe will also be open during the game.

The All-Ireland Senior Football Championship (SFC) (Irish: Craobh Shinsir Peile na hÉireann) is the premier competition in Gaelic football. An annual tournament organised by the Gaelic Athletic Association (GAA), it is contested by the county teams in All-Ireland. The first tournament was held in 1887; it has been held every year since 1889. Each tournament ends with a final at Croke Park in Dublin, with the winning team receiving the Sam Maguire Cup.

We have canceled the Irish Breakfast portion of the morning.