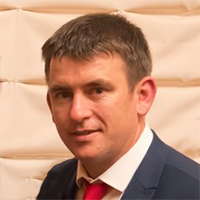 A Look Back in Time Growing up as a “garsún” (small boy) in rural west Limerick, I often spent weekends and holidays in Ashford, Co. Limerick, with my grandparents Michael and Josephine O’Connor. In the late 1970s and early 1980s, small farm enterprises dotted the Irish countryside and most families “out in the country” held a few cows if they had the land to support them. My grandparents, into their sixties by then, were part of the population of small farmers that were quite happy managing three milking cows. It was really a pastime for them, as I heard my own parents say many times. They had no grandiose ideas about expanding their holdings or getting any bigger. Self-sufficiency was the order of the day on most Irish farms regardless of size, as the food harvested from the haggart came mostly in the form of vegetables: carrots, parsnips, turnips, potatoes, cabbage, onions, lettuce, and my favorite after dinner custard topping – rhubarb. Eleven children were raised on the small holding (about five acres). My mother (Ita Reidy, n e O’Connor) was the second youngest, and only two of her other siblings remained in Ireland; the rest emigrated to England in the late 1950s and 1960s.

Change in Rural Ireland Looking back now, this period of my youth was a time of great transition in Ireland as the fabric of rural society based on an agricultural economy was being broken up. The large milk processing firms in the area like Kerry Co-Op and Dairygold commenced a process of rationalization and consolidation of farm milk collection by squeezing out the small farmer. Efforts were focused on the larger farmer with 50 or more milking cows. It just made economic sense. It was the start of what one might call the “Industrial Farm Complex” in Ireland.

Quiet in the Yard Eventually, a combination of old age, and stringent rules around milk production from small holdings forced the shutdown of Nana and Grandad’s operation. This ensured that the “tabulated milk book” that recorded milk output every morning at Kantoher Creamery was soon relegated to the kitchen cupboard, and the cows sold off.

The cow house and milking machine went quiet, no more clanging of tankards in the yard in the morning or evening, and the electrical pump switch that brought water from the well remained in the off position. There were no more daily trips to the Creamery or Murray’s shop in Ashford on the way home for Bulls Eyes, Bon Bons, or Kojak Lollipops (the currency by which I was paid for my farmyard efforts and housework).

My grandparents didn’t last long after the cows left the yard. There was no reason to get up early in the morning or stay active outside of the house, or to bother with the front yard, haggart, or fields anymore. The cows were gone and there wasn’t much else to do after that. They were forced into isolation, and disconnected from the world outside, beyond the regular visits from neighbors, friends, and family. There were no more regular trips to the Creamery to discuss the world, national or local affairs. The shops too in the small village in Ashford all closed as the passing trade of Creamery folks dried up. It was as if the water in the well ran dry, and all you could do was lament its disappearance. You cannot turn back the hand of time to happier days, although we often find ourselves reminiscing back to how things were in by gone days.

Four Decades Later And so here I am forty years later, in San Francisco, looking back to how the proverbial “well” of St. Patrick’s celebrations ran dry during the last two years. We last celebrated the annual St. Patrick’s Day in 2019 without public health restrictions. In the interim period, celebrations have been muted due to Covid-19 regulations. The pandemic has wreaked havoc worldwide, taking many lives, and causing all kinds of economic, cultural, and societal upheaval.

Call to Celebrate Again However, we aim to put all that right this St. Patrick’s season once again, to ensure a “full well” of Irish celebrations lifting up what it means to be Irish in a way that is refreshed and renewed. So come out and celebrate the return of the St. Patrick’s Day festivities this year! Proudly hang an Irish flag from your home or business. Tell the world you are Irish and show how proud you are of your Irishness. Celebrate your Irish heritage by coming out to the parade and wearing of the green on Saturday, March 12 and on Thursday March, 17.

We look forward to hosting you for several of our Irish arts and cultural events at the Center this March which have been energetically put together by Mark Burke, Chairman of St. Patrick’s Committee along with support from the Board of Directors and team of volunteers. You can order Corned Beef and Cabbage Dinners online this year to eat at the Center or To Go.

2025 Project Plans The new Irish Center building plans were submitted to the SF Planning Dept. on Thursday Feb 17. This is a major milestone on the roadway to a new building. Well done to the Building Committee, and Dane Bunton and Nastaran Mousavi at Studio BANAA for all their efforts to date.

Leo T. Walsh Scholarship Applications for our annual scholarship program open this month, for 8th Graders and High School Seniors entering the next level of their education. Completed applications are due on March 17.

Summer Camp Registration Registration is now open for the Annual Summer Camp taking place between June 13 and July 1 at St. Cecilia’s School at 660 Vicente. Sign up here before March 15 for the Early Bird Special. www.irishcentersf.org/irish-camp/

New UICC Board Treasurer We welcome to the UICC Board Patrick J. Carlin, CPA, of Carlin & Associates. Patrick is coming on board to replace outgoing Treasurer Craig Viehweg, who has termed out and did not seek re-election as he plans to spend more time with his grandkids. Many thanks Craig for all your help, energy, and guidance over the past two years; it has been invaluable to the organization, most especially during the pandemic. Enjoy your retirement!