Teresa McDonagh, passed away unexpectedly on October 14th, 2022. She has joined her beloved Brendan in heaven. Teresa was born in Balla, Co. Mayo, Ireland on June 28th, 1930. She was one of eight children, born to Brigid, RIP, and Michael Kerins, RIP. In 1950, she followed her sisters to St Albans, England, where she became a registered psychiatric nurse.
She loved dancing and met our father at a dance hall in Cricklewood, London, England. They were married on January 26th, 1957 and emigrated to San Francisco aboard the ship Neptunia. Teresa was a devoted wife and dearly missed Brendan, who passed away in 1986. They were a sight to see waltzing on the dance floor and even won a contest in her hometown of Balla in 1974.
She was so proud of her children, grandchildren, and their accomplishments and might have been known to boast at times. Later in life, she enjoyed ballroom dancing around the Bay Area and socializing with her close group of friends, ‘The Roses.’ Every family occasion ended with a sing-along led by Grandma to her favorite Irish songs – songs that all the children and grandchildren came to love.

She was an active member of the Irish community in San Francisco for decades and a charter member of the United Irish Cultural Center. She was also a member of the Connacht and Ulster Club and volunteer at St. Ignatius College Preparatory and St. Gabriel’s Church.

Ar dheis Dé go raibh a hanam dílis.
May her holy soul be on the right side of God 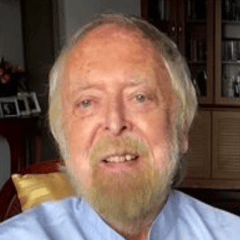 The Limerick-born musician, Mick Moloney, who was 77, had been honored by both the US Government with a National Heritage Award and by the Irish Government with their Presidential Distinguished Services Award for his services to Irish music and heritage.

He will be remembered as a great Irish musician. Paul Keating, a writer for Irish Central, wrote “As one of the pre-eminent folklorists in Irish American music history, Dr Mick Moloney has spent a lot of time in the 19th and 20th centuries studying aspects of performance, especially as it appeals to the Irish emigrant community in the United States. I am not sure anyone can juggle a roster of artists like he can in the series of shows he has been doing for the Irish Arts Center.”

For Mick it can truly be said:

ní bheidh a leithéid ann arís (there’ll never be the likes of him again). 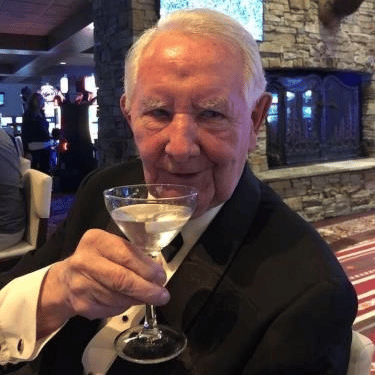 Friday, January 7th, Thomas Clune passed away in his sleep, just two months shy of his 90th birthday. Tom was the dearly beloved father of Michelle Zauss (husband Robert Browne); beloved brother of John and Noreen (husband Ted); dear uncle of Sharon and Lucinda (and daughter Hannah); and loving cousin of Rosemary, Bridgette, and James. Tom came from the lovely village of Crusheen in County Clare. He also lived in Dublin, London, and Toronto, before landing in his beloved city of San Francisco in 1962. In 1976 Tom began work at the newly built United Irish Cultural Center and spent 35 years greeting everyone with his sly smile and that twinkle in his eye. He was many things during his long life, but at his core, he was a husband, a father, a brother, an uncle, a cousin, a friend, a mentor, a demanding boss, an open ear to talk to, and a joker who always knew how to bring a smile to anyone’s face. He lived his life as we all should – with love, laughter, and being of service to those around him. Tommy will be dearly missed by the many lucky people who knew him.

We will come together to bid our final farewell and celebrate Tommy’s life on Friday, January 28th. Friends may visit between 9:30 am, and 10:00 am at St. Anne of the Sunset church, 850 Judah St., San Francisco. The Rosary will be recited at 10:00 am, and the Funeral Mass will be celebrated at 11:00 am. Immediately following the mass, we will celebrate Tom’s life at the United Irish Cultural Center at 2700 45th Ave, San Francisco, CA 94116 (12:30 pm – 4:30 pm). All friends and family are welcome to join. Proof of COVID vaccination (both shots of Pfizer/Modern and one shot of J&J) is required for entry. Committal at Holy Cross Cemetery in Colma will happen on Saturday the 29th at 1 pm with close family and friends.

In lieu of flowers, Michelle prefers donations in Tommy’s memory to the “Irish Center 2025 Project.” irishcenter2025.org. Tommy dedicated the majority of his working life to the Irish Center and would love to see it continue to flourish for many generations to come. 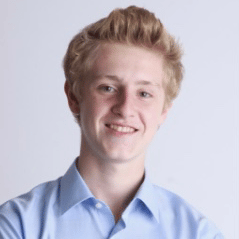 Brendan was born on January 13, 1997 in San Francisco California, growing up in the West Portal neighborhood. He enjoyed a loving and rigorous education at St. Brendan School. Moving to Illinois in 2011, he graduated from Highland Park High School in 2015. Following graduation he returned to the San Francisco Bay Area to live and work, where he followed in his father’s footsteps as a welder.

Brendan had a gentle soul with a quiet demeanor and a kind heart. He will be dearly missed.