Tickets: HERE Star of Father Ted (C4) and Death In Paradise (BBC) and guest in the last two series of Derry Girls (C4), Ardal O’Hanlon is one of the world’s best-loved stand up comedians. A founding father of Dublin’s contemporary comedy scene, Ardal moved to London where he quickly won the 1994 Hackney Empire New […] 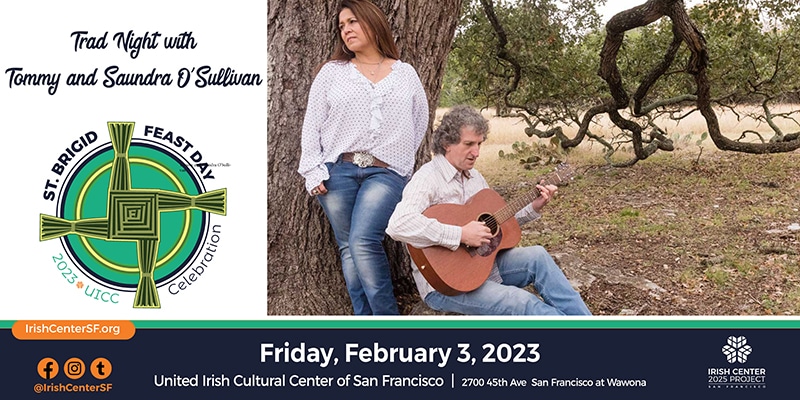 REGISTER To celebrate Day 3 of our St. Brigid Feast Day Festival, and in association with Culture Ireland we welcome musicians Tommy and Saundra O'Sullivan for an evening of traditional Irish music as they travel around the country on their winter tour. Hosted in the Emerald Pub (downstairs) Doors will open at 6:30pm, concert from […]