The U2 Experience @ The Center 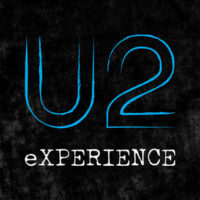 The lights go down, it’s dark and the soaring sound of a rock band bound for greatness collides with the low ceiling of a small club. It’s like 1978 all over again, when U2 first stormed the pubs of Dublin, Ireland.”

The Center is excited to host established U2 tribute band Zoo Station downstairs in a rock concert format.  Zoo Station has played over 600 shows and now flourishes a repertoire of more than 160 U2 songs.   The band is bringing in professional lights and professional sound, so be ready for the rooms to be “loud with a crowd”.   This will be a ground-breaking event at The Center and we expect the concert to sell out.

In our new downstairs concert layout, Zoo Station will be performing U2 songs steps away from you and your friends.  The energy and access to musicians will be unmatched when compared to outdoor or larger venues.   We aim to make May 10 a memorable night & have more surprises in store.  This event will feature high volume music with very, very limited seating – be ready to rock!

All net proceeds benefit programs at the United Irish Cultural Center.
Age 21 & Up.  Doors open at 7:30pm with concert at 8:15pm.