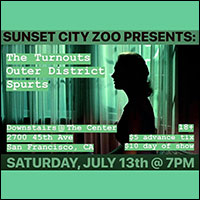 SUNSET CITY ZOO, a new music series in your backyard, featuring young up and coming indie bands from the Sunset.

“The Turnouts are an alternative/indie rock band from San Francisco, California. Meeting in the dorms of San Francisco State University, the boys began to write and record original music in the basement of a church in the Castro district. The Turnouts released their debut EP titled “Not a Chance” in March of 2018 and are in the works of creating their first full album.

“Outer District is a post-garbage alternative dump rock band based in San Francisco, CA. Originally forming their musical bond in the shadow of Candlestick Park, the members of Outer District are longtime friends who come from a variety of backgrounds to create a bracing and thoughtful rock sound.” 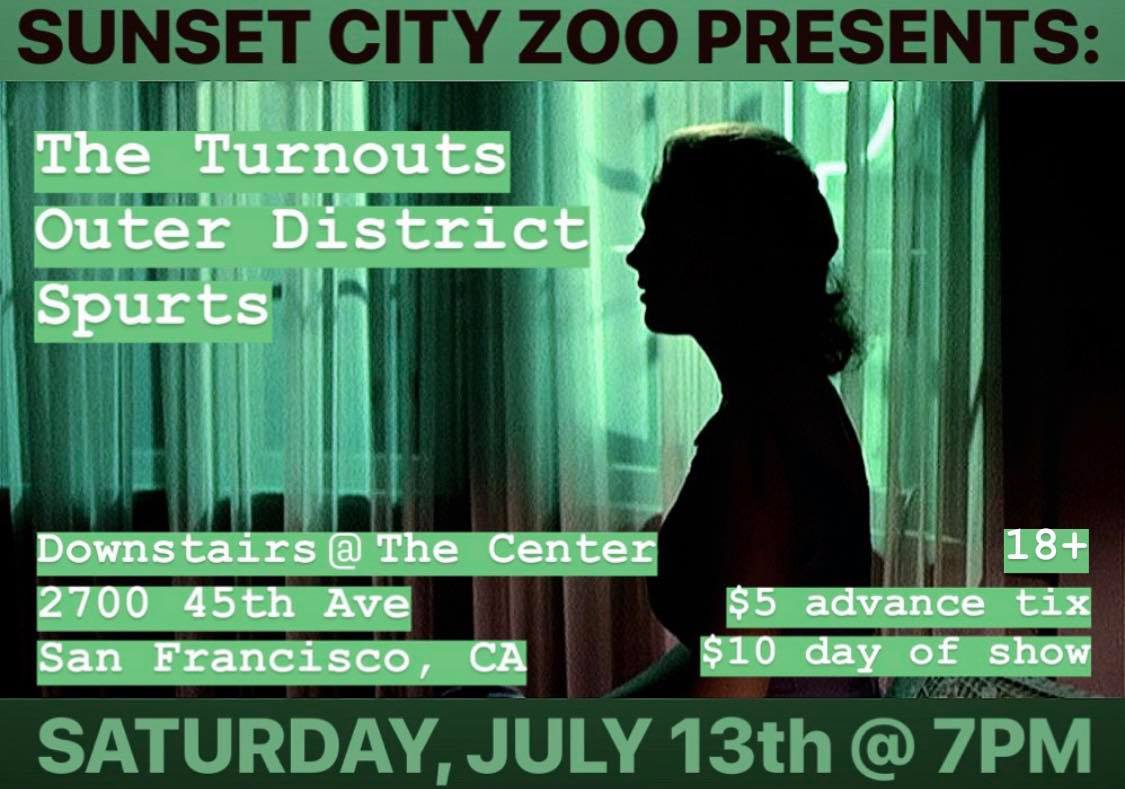