THE HIGH KINGS & The UICC 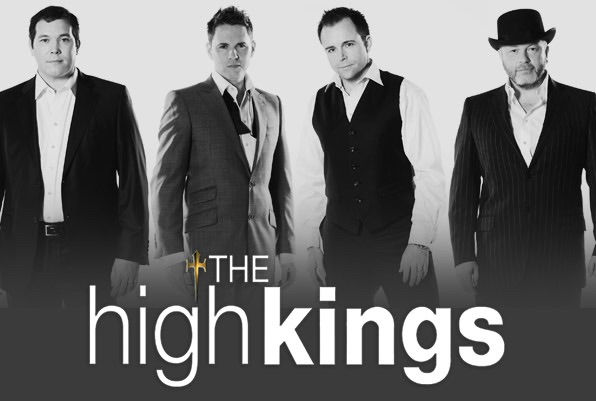 Ireland’s Folk Band of the year, The High Kings, are Finbarr Clancy, Brian Dunphy, Martin Furey and Darren Holden. Coming from accomplished Musical pedigrees, The High Kings grew up in households soaked in the Irish Musical tradition and each member of the band witnessed first hand the power of well crafted Irish music on an audience.

Since The High Kings started in 2008, they have sold out hundreds of shows, in Ireland and the US, made numerous TV appearances, recorded 3 studio albums and 1 live album and achieved platinum status with their 1st two albums.

2013 is the start of an exciting time for The High Kings having signed to Sony International and releasing their 4th album “Friends for Life” which is out in Europe in September 2013. This impressive album features tracks written by the lads and some old favourites.

The High Kings showcase their incredible versatility and skills as multi-instrumentalists, playing 13 instruments between them bringing a rousing acoustic flavour to brand new songs as well as some old favourites. The High Kings are continuing to live up to their reputation as a phenomenal live band, serving up laughter, good times and even the odd sing along.