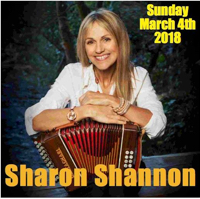 We welcome Sharon back to the Irish Center following her sell out concert last Spring.

The career of accordionist/fiddler Sharon Shannon, which began with the internationally acclaimed Irish folk/rock group the Waterboys in 1988, has blazed a fearlessly eclectic path beginning in traditional music but emerging somewhere entirely new. While never losing sight of her roots in Irish folk music, she has undertaken a musical journey which includes collaborations with Bono and Adam Clayton, classical violinist Nigel Kennedy, reggae legend Denis Bovell, the Kodo drummers of Japan as well as Steve Earle, Jackson Browne, Emmy-Lou Harris and Alison Krauss. Her cross-global collaborations have lead to successful concerts the world over, including performances in the UK, Europe, Japan, Australia, the United States, Canada and Africa. 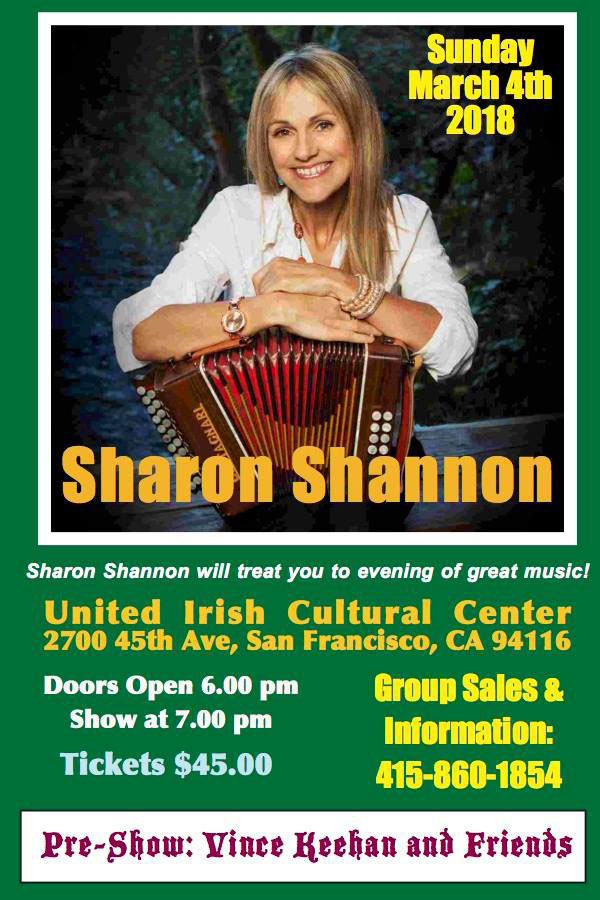