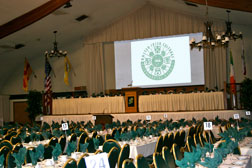 Shalom Ireland chronicles the history of Irish Jewry while celebrating the unique culture created by blending Irish and Jewish traditions.  From gun running for the Irish Republican Army during Ireland’s War of Independence to smuggling fellow Jews escaping from the Holocaust into Palestine, Shalom Ireland tells the untold story of how Irish Jews participated in the creation of both Ireland and Israel.

ICCC Patrick J. Dowling Library and Congregation Beth Israel Judea are teaming up to host an exciting cross cultural event: two screenings of Shalom Ireland. The screenings will be followed by a panel discussion with the Director, Valerie Lapin Ganley, and representatives from both the Irish and Jewish communities.

For information about the film Shalom Ireland visit: