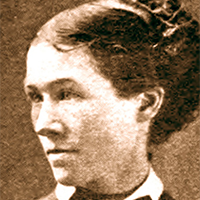 Champion for women’s rights and worker’s rights Kate Kennedy will be honored with a memorial event titled the “Kate Kennedy Remembrance” on Sunday, June 3 at the Cypress Lawn Cemetery at 1:30 p.m.

The event will feature San Francisco Fire Chief Joanne Hayes-White as the main speaker, and a procession led by the Irish Pipers of SF and the Pearse and Connolly Fife Drum Band.

Kate Kennedy was an Irish immigrant and San Francisco pioneer who won equal pay for equal work (in 1874) and protection from arbitrary dismissal (in 1890) for California educators. She was the first woman to run for state office — State Superintendent of Public Schools in 1886 — in California. She was also the first teacher in San Francisco to join a union.

But it was her fight for equal pay that enshrined her place in women’s rights history. Her pioneering work eventually led the state legislature to pass a bill in 1874 that required “females employed as teachers in the public schools of this State shall in all cases receive the same compensation as is allowed male teachers for like services when holding the same grade certificates.”

How to attend:
Meet inside the entrance arch at Cypress Lawn’s East Side Gardens. The entrance is on the east side of El Camino Real, just north of the Y junction with Mission Road. We will walk from there to her grave led by the Irish Pipers of San Francisco and the Pearse and Connolly Fife and Drum Band.