“I Am Ireland:” Paddy Homan’s a One-Man Show

Celebrating 100 years of Irish independence! A must see informative, educational entertaining One Man Show filled with Music & Song.  I AM IRELAND celebrates the story of Ireland’s quest for independence through the songs and stories of her people.

To honor the 100th anniversary of the 1916 Rising in Ireland, celebrated Irish tenor Paddy Homan will present “I Am Ireland,” a one-man show to take American audiences on a journey through the songs, speeches and images of the time to honor and celebrate the Irish road to freedom. Produced by Michael Londra’s theatrical production company, Wexfordhouse, “I Am Ireland” is a personal conversation about the songs of Ireland that inspired all those who came before 1916 to continue on that great journey to reclaim Ireland’s independence. Homan, the renowned Chicago singer, has a strong history with the songs: “These songs and speeches give the narrative of Ireland’s road to independence during that period. To fully appreciate what took place in 1916, one has to look back at the totality of everything that happened up to that point. I believe that songs are the best way to tell the story. As an Irishman, I am only the messenger here. But it is my true honor to represent my country in doing this and to walk in the emotional footsteps of those who sacrificed so much for me and our land.” Presented in two acts with images projected to bring to life the faces of the great statesmen and pictures of the time, Homan performs with a three-piece band of the finest Irish traditional musicians in North America. They bring the songs to life, they weave through the words of statesmen, and they celebrate the glory of Irish music, the glory of the Irish nation.

Paddy Homan on the web : http://www.paddyhoman.com 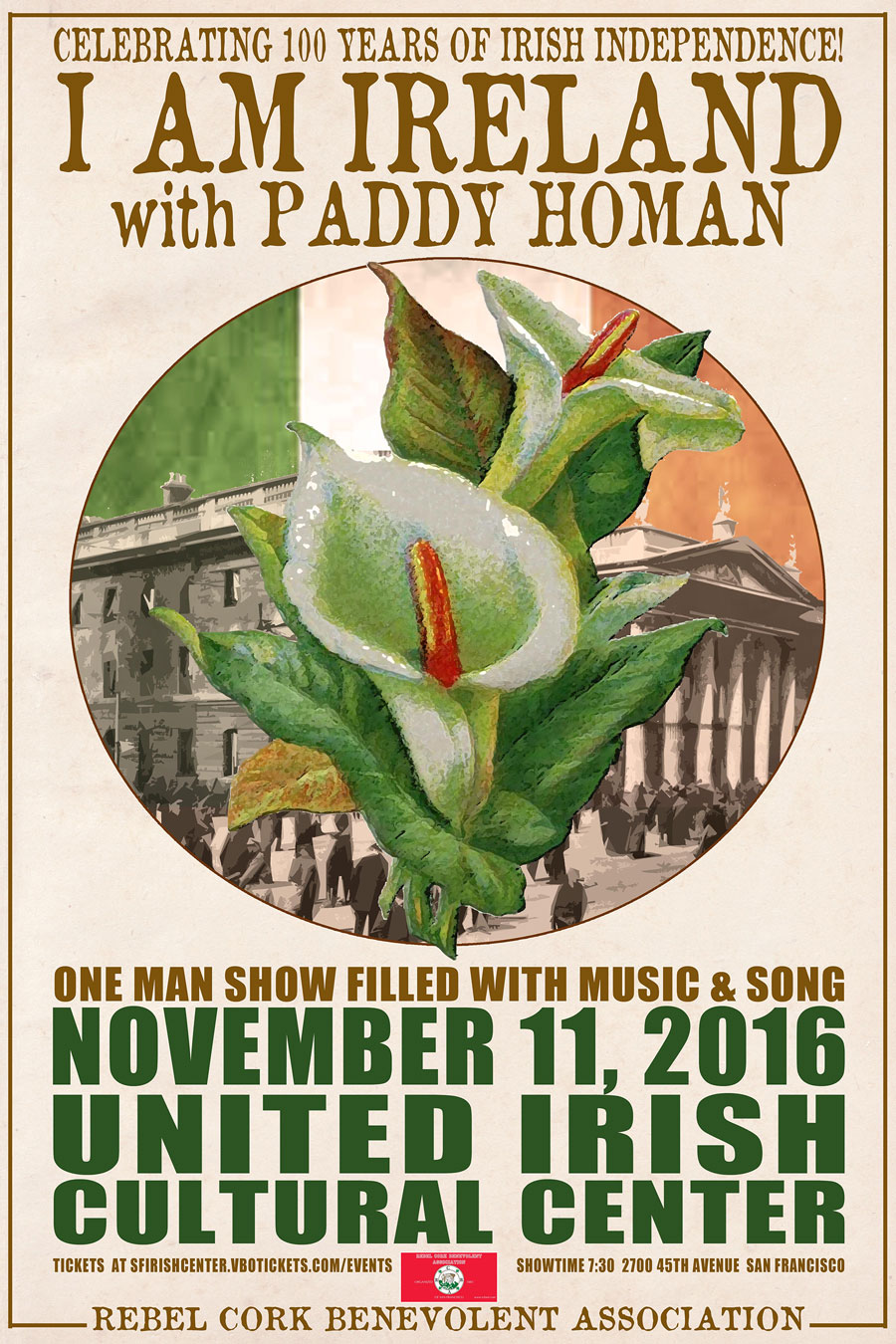