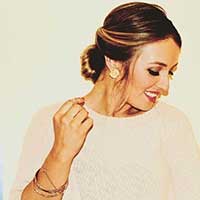 “Chloë Agnew (http://www.chloeagnewofficial.com/)  has gained international fame for her integral part as one of the original, and youngest members of the internationally acclaimed music group ‘Celtic Woman’ since she was 14 years old. Their debut album reached #1 on Billboard’s World Music chart, where it held the top position for a record breaking 81 weeks total. Chloë went on to spend almost ten years performing all over the world with the group. Now working as a solo act based in Los Angeles and touring internationally with some of America’s biggest and best orchestras, Chloë is also out performing her own solo show and is so excited to be coming to the Irish Center for her first concert solo in San Francisco! Her new show will feature some of her original music she’s been writing along with her Celtic Woman favorites and the well loved classics. A show for the whole family…don’t miss it!” 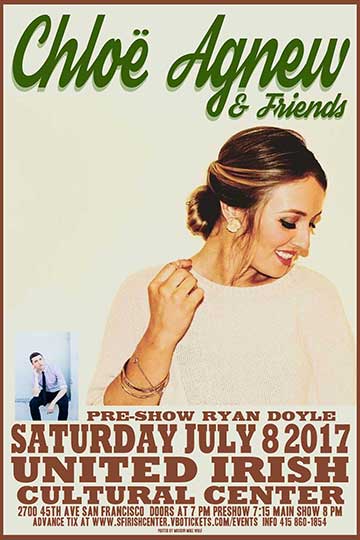